The STARBUS SNC company was founded in February 1991 by Giuseppe Starace, Emanuele and Vittorio Starace. Even before founding the company, Giuseppe Starace in about 70 'began to stand out from the crowd and create exclusive services for tourists from around the world who passionate about art and culture were gathering from year to year in Sorrento.

1995, the company strategy is expanded, starting a profitable relationship with international TOUR OPERATORS such as GULLIVER'S TRAVEL ASS, EF EDUCATIONAL TOURS, KUONI TOURS and others.
The social goal ranges from a 360-degree view on the international tourism market by acquiring new vehicles with new structural and mechanical technologies in the park, looking in particular at comfort and the new anti-pollution regulations that at the time are beginning to develop and establish themselves on the international market . 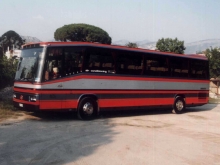 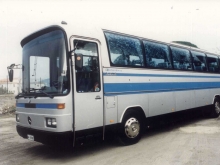 1998, STARBUS carries out an expansion of its potential with acquisitions of small rental companies, with the rotation of new partners, beginning to establish itself on the international market touching destinations such as NORWAY, DENMARK, ENGLAND and subsequently remaining in permanent plant in all countries EUROPEAN by increasing working relationships with new tour operators such as TRAFALGAR. 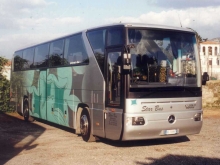 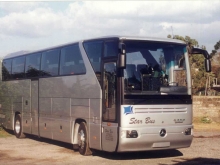 The company has succeeded thanks to a careful management of the company and a clear vision of the clientele, to diversify the offer of its bus and rental car services, confirming a presence on the market able to consolidate the company name and image of Sorrento with which it identifies with its own vehicles alongside the Starbus brand.

Read the opinions of our clients »

Would you like to receive our exclusive special offers or to be updated regularly on news and events? Register for our free newsletter!